Rock salt (halite) is the salt left behind by primordial oceans millions of years ago when lagoons dried out. These layers of salt were covered by rock formations and they are now located underground or inside mountains. Rock salt refers to the dry salt extracted from saliferous rock layers with the help of mining methods.

Most salt mines operate underground but in salt deserts the rock salt is also mined at the surface.

Both methods ensure that the mine is stable and safe by leaving substantial pillars of salt to support the mine roof.

Rock salt represents 30% of the salt produced in Europe and the main producers are located in Germany and the United Kingdom. 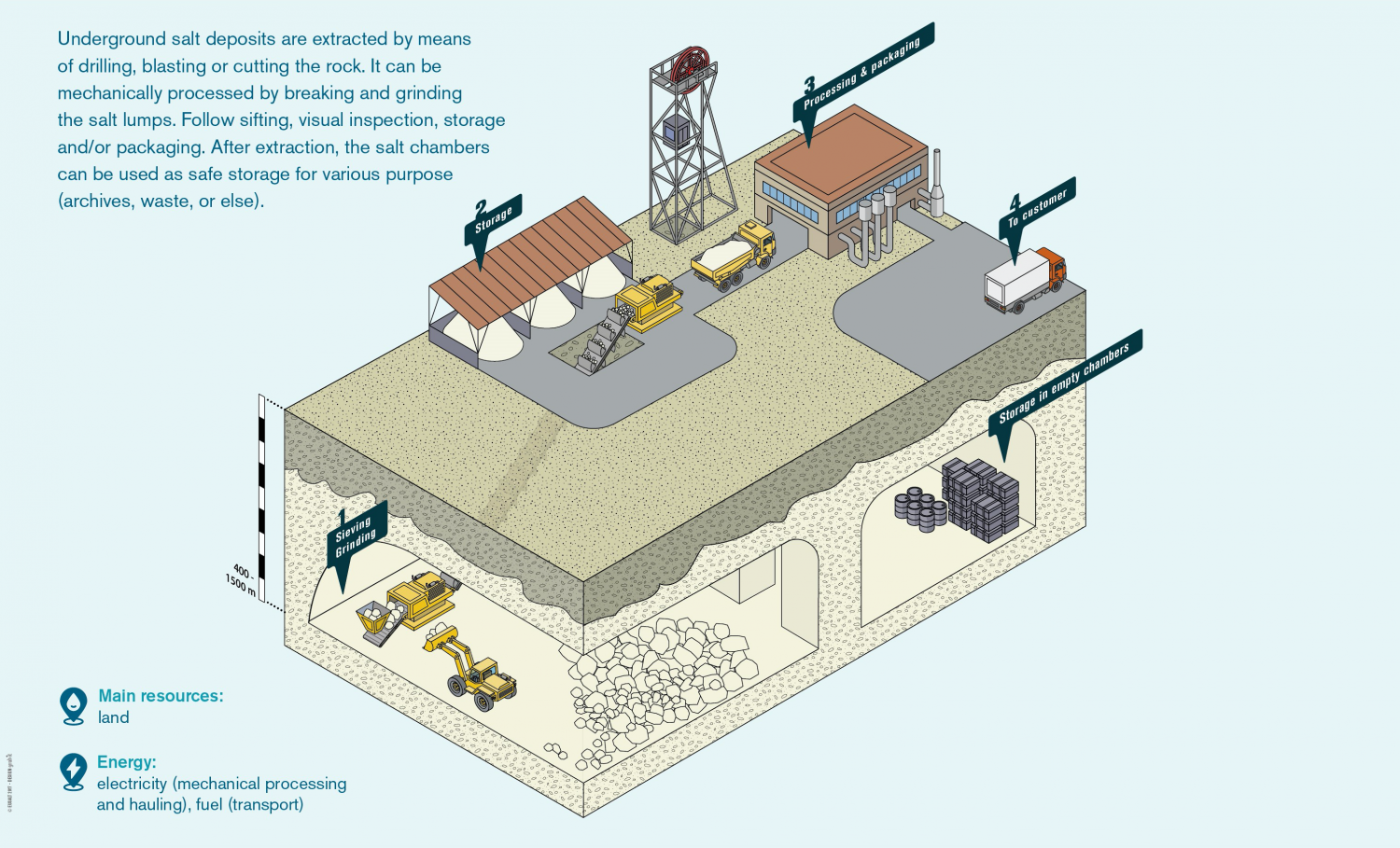