Capturing salt by evaporating seawater in natural lagoons or artificially created ponds, salt marshes or marine salt flats is one of the oldest processes. Salt marshes were mainly created near areas inhabited by ancient civilisations and on flat stretches of coastline.

The principle has remained the same over centuries: sea water or natural brine evaporates up to the saturation point in open basins due to the action of sun and wind. Over time, the system of evaporation and crystallisation ponds and the method of operating them have gradually been improved. Currently, crystallisation occurs in dedicated open basins where the saturated brine is poured. Once the salt crust has been formed, the exceeding water is eliminated before harvest. If necessary and depending upon requirements, the raw salt can be further processed, including washing, drying, sifting and grading.

Solar salt represents 10% of the salt produced in Europe and the main producers are located in France, Greece, Italy and Spain. 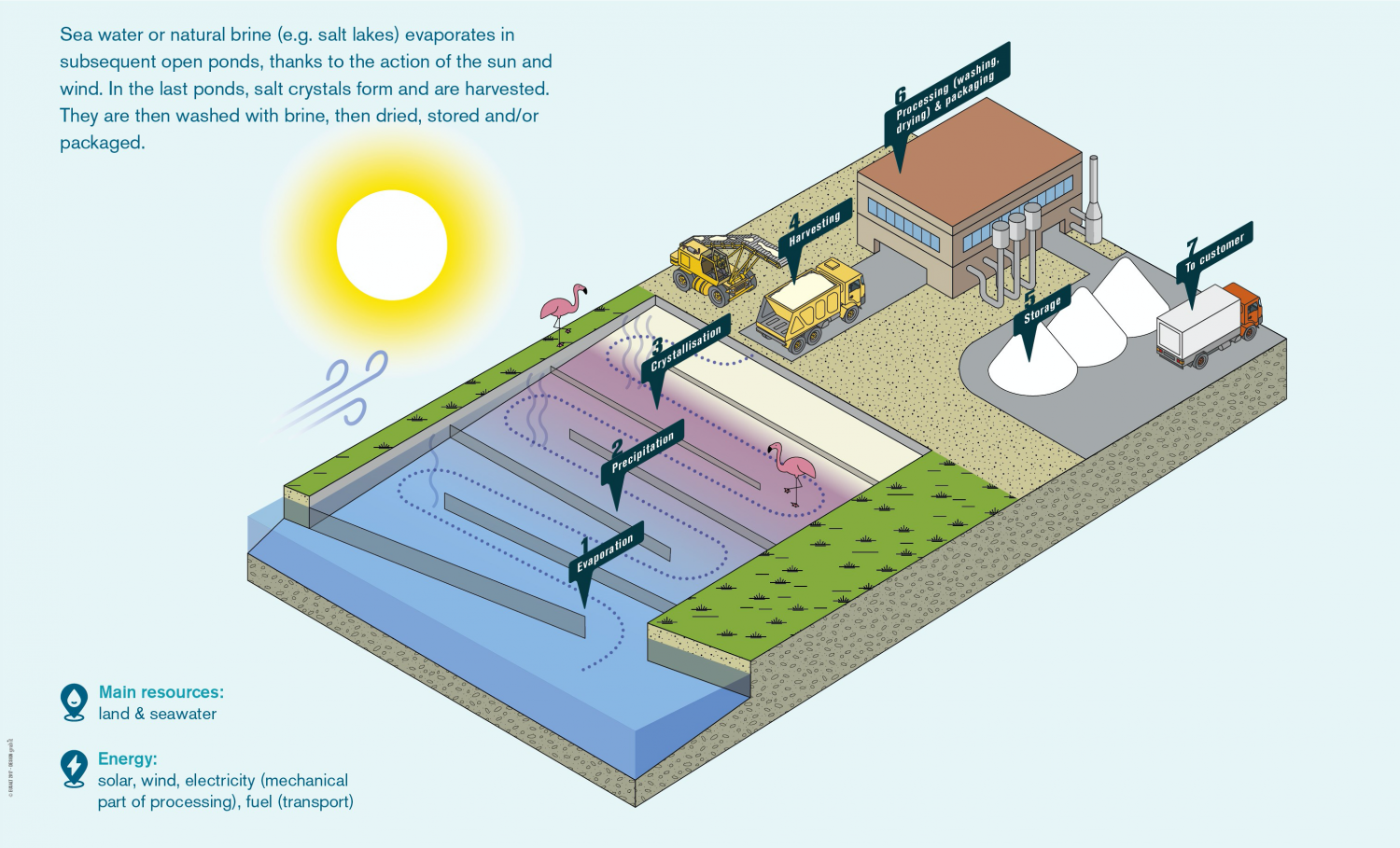